Things to do During a Power Outage 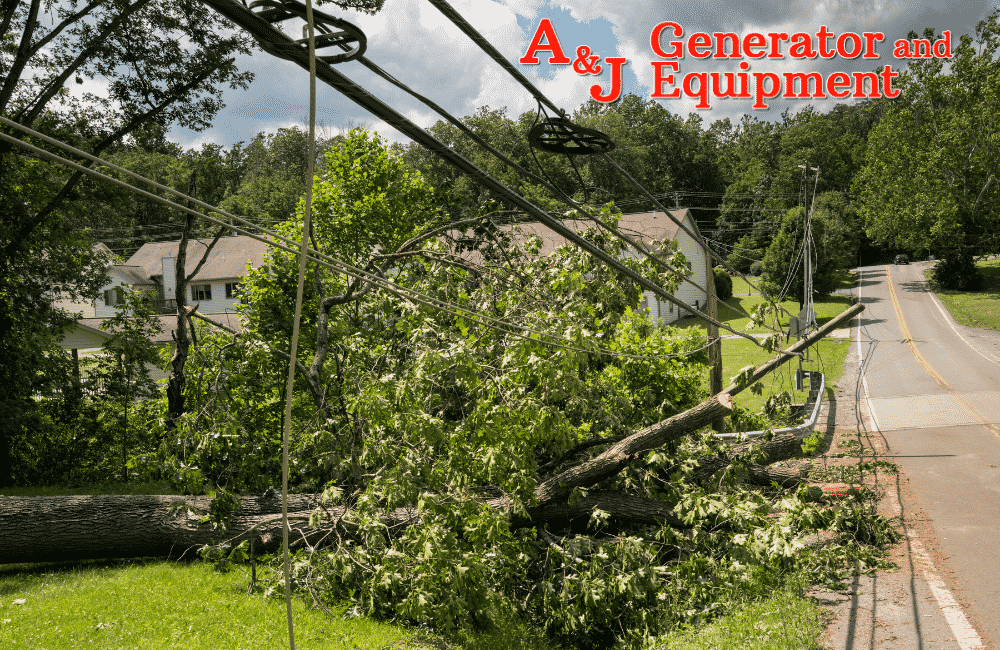 A power outage may occur at any time, either day or night. It usually happens when there is an emergency, such as heavy winds, strong thunderstorms, hurricanes, freezing rains, etc. Some of these extreme weather conditions can damage power lines and also equipment. Heatwaves and cold snaps can also overload power systems. During a power outage, you will have to stay without air conditioning and heating system, lighting, hot water, running water, etc. You will face a lot of challenges during this situation. Here are some useful tips on how you can stay prepared and sane during a power outage.

This is the first thing that you have to do before you can take care of other things on this list. You need to check whether the power outage is limited to your home or has affected your block or neighborhood. If other people in your area still have power, you need to check your circuit breaker panel and fuse box. If you trip a breaker, any switches on the panel may be turned off. When this situation occurs, you only need to turn them on for restoring the power in your home. If an event like weather caused your outage, there may not be much you can accomplish here.

Turn on your battery radio

During a power outage, you will not have any access to the outside world past the life of your phone’s battery. Once your phone is dead the only device that can help you get access to the outside world is the battery radio. You should ensure that you have extra batteries for this radio well in advance. This allows you to listen to any news and other important things from the governments or authorities. When something bad occurs in your state, for example, due to hurricane or storm, you will be instructed via radio. You can follow all instructions to outlast this emergency.

Turn off any appliances in your home

This is another important thing that you need to do. When this power outage situation occurs, you have to turn off all of your appliances. When the power returns, you are going to notice a surge of electrical energy. This energy will cause some damage to certain sensitive equipment, such as laptops, computers, televisions, etc. The sudden electricity demand from the working appliances can cause the breakers on the panel to trip. Therefore, you need to turn off any appliances when you are suffering from a power outage.

Stay comfortable in your home

You should never have to panic when there is a power outage if you have given even the slightest thought to this occurring again after recent bad storms in the area. These power outages can last for a long time. Make a plan for how you and your family will stay hydrated. Don't forget to call 911 when you find an emergency medical case in your family. Have blankets and fans ready so you can move all of your family members to a room with a comfortable temperature.

Keep your freezer and fridge closed

Another important pointer that can help you in an emergency. When a power outage occurs, you should keep your fridge and freezer closed, unless it is necessary. A full freezer will still keep all of your foods frozen for another 2 – 3 days when the door remains closed. This frozen food can keep you and your family members safe during a power outage. When the situation is prolonged, you can still eat some proper foods for a few days before help or a trek outdoors.

Avoid this emergency by installing a generator

Before you face any challenges during a power outage, you may want to consider installing a good generator for your home by hiring the experts at A&J. We install standby, whole-home generators that can be connected to the electrical system of your home via an approved transfer panel. The best and only way this device should be installed at your home is by a professional qualified technician. Call us today to install the best generator that can be suitable for your needs.

Every Major Power Outage in CT in the 2010’s

Connecticut is an area that is prone to the occasional major weather event. If you live in this area, you have experienced severe storm after severe storm in recent years from tornados to blizzards. In this article, we are going to discuss some major storms in CT during this decade. These major storms caused a lot of damages and power outage issues in many homes. If nutmeggers have learned anything from these storms, it’s that backup power is a must have. If you don’t want to go through the next storm in the dark call A&J Generator & Equipment to install a whole home standby generator today.

The snowstorm of October 2011 was remarkable. This storm happened just 2 months after Hurricane Irene. It dropped about 2 feet of snow in the Litchfield Hills area and significant snow throughout the rest of the state. According to the record, this storm caused 12 inches of snow at Bradley Airport. The power was down during this storm and affected more than 800,000+ customers.

Anyone living in CT remembers this storm. Around 28 homes were swept away in East Haven and there were wind gusts of about 50 – 70 miles per hour across many different parts of the state. More than 600,000 customers were affected by the power outage during this storm. The power outage in Connecticut occurred for a few days after Tropical Storm Irene came to this state.

The snowfall record was topped by the 36 inches of snow in Ansonia during this Blizzard of 2013. The storm caused a lot of damages to many homes in southern CT. The blizzard caused a lot of businesses and schools to be closed for a few days. The Governor declared a state of emergency before he closed all roads in Connecticut.

This was one of the most significant tornado outbreaks in Connecticut in recent history. Many trees fell down due to heavy wind including a total wipeout at Sleeping Giant State Park. Wind gusts of more than 100 mph caused widespread destruction during this incident. The biggest tornado impacted the Winsted and Barkhamsted areas in Connecticut. More than 23,000 customers in southwestern Connecticut were in their homes without power for a few days. The power outage still occurred in some areas a few days after the storm hit the state.

Hurricane Sandy was one of the biggest storms in Connecticut in the last decade. The peak wind gust in Connecticut was recorded in Bridgeport which was around 76 miles per hour. More than 10 feet of storm surge was able to flood the communities from Greenwich to Stonington. It caused more than 600,000 customers to be in the dark during this storm. More than 370,000 power outages occurred during this hurricane period.

This was one of the most impressive extreme weather situations in Connecticut. More than 50 inches of snowfall at the Bradley Airport. During this period, there was the biggest storm on January 12, 2011. This storm caused 24 inches of snowfall. Some parts of the state had more than 3 inches of snow on the ground for a few weeks. Many homes were affected by the heavy snow incidents during this event. Thousands of people lived in the dark when the power outage occurred during this storm.

When we are talking about the biggest storm in the decade, we cannot forget this wind storm. The wind storm passed through some states, including Pennsylvania, New York, and eventually turned to Connecticut. The unusual strong winds developed on the night of October 29th, 2017. This storm caused strong wind that was up to 73 mph in the Stonington area and also about 67 mph at the Groton-New London airport. More than 170,000 customers in this state were affected.

Prepare for the next storm and contact A&J Generator & Equipment today.