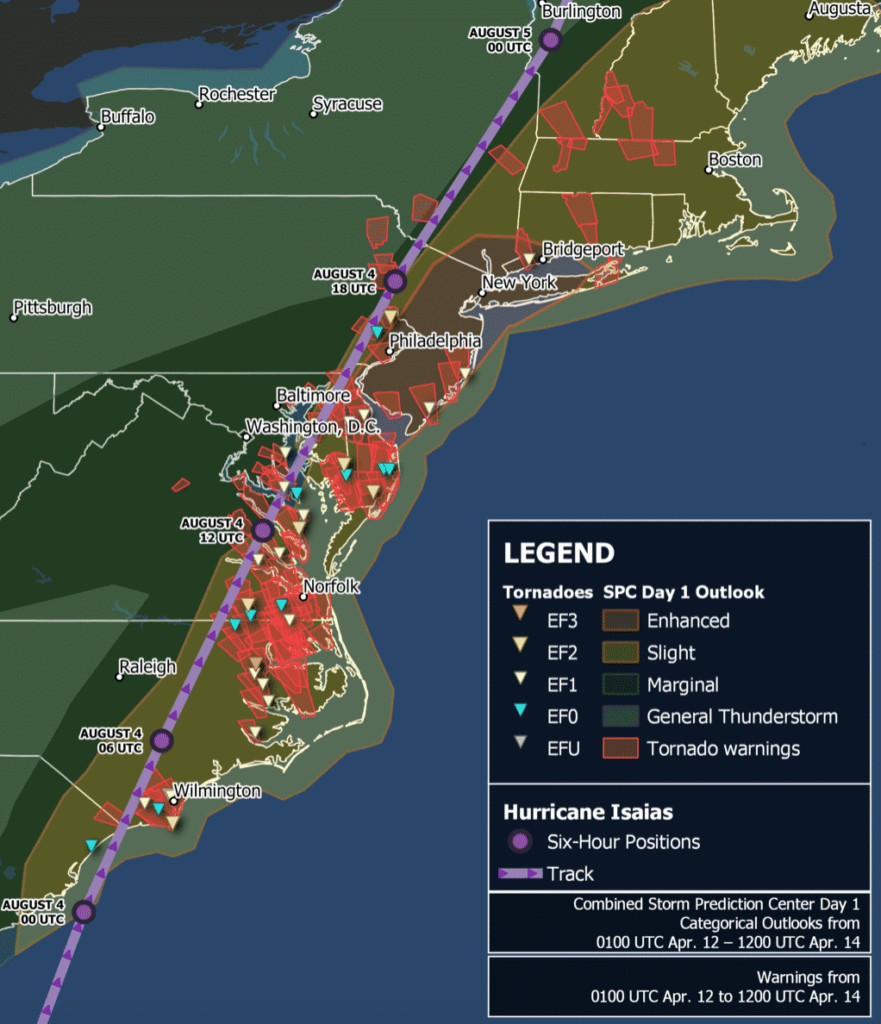 Hurricane Isaias caused extensive damage around the East Coast of the United States. This hurricane originated from a vigorous tropical wave from the coast of Africa. It was first identified on July 23 by the National Hurricane Center. The wave became more organized gradually on July 28 until forming a Tropical Storm Isaias at the end of July 2020.

Its highest wind reached up to 85 mph with minimum central pressure at 987 mbar (hPa). This hurricane affected many countries, including Antillean Islands, Bahamas, United States, and Canada.

This hurricane affected a lot of areas on the east coast of the United States. Around 1.7 million customers were out of power in New Jersey, Connecticut, and New York. The storm damaged thousands of trees, 1,200 power poles, and any other equipment in CT. 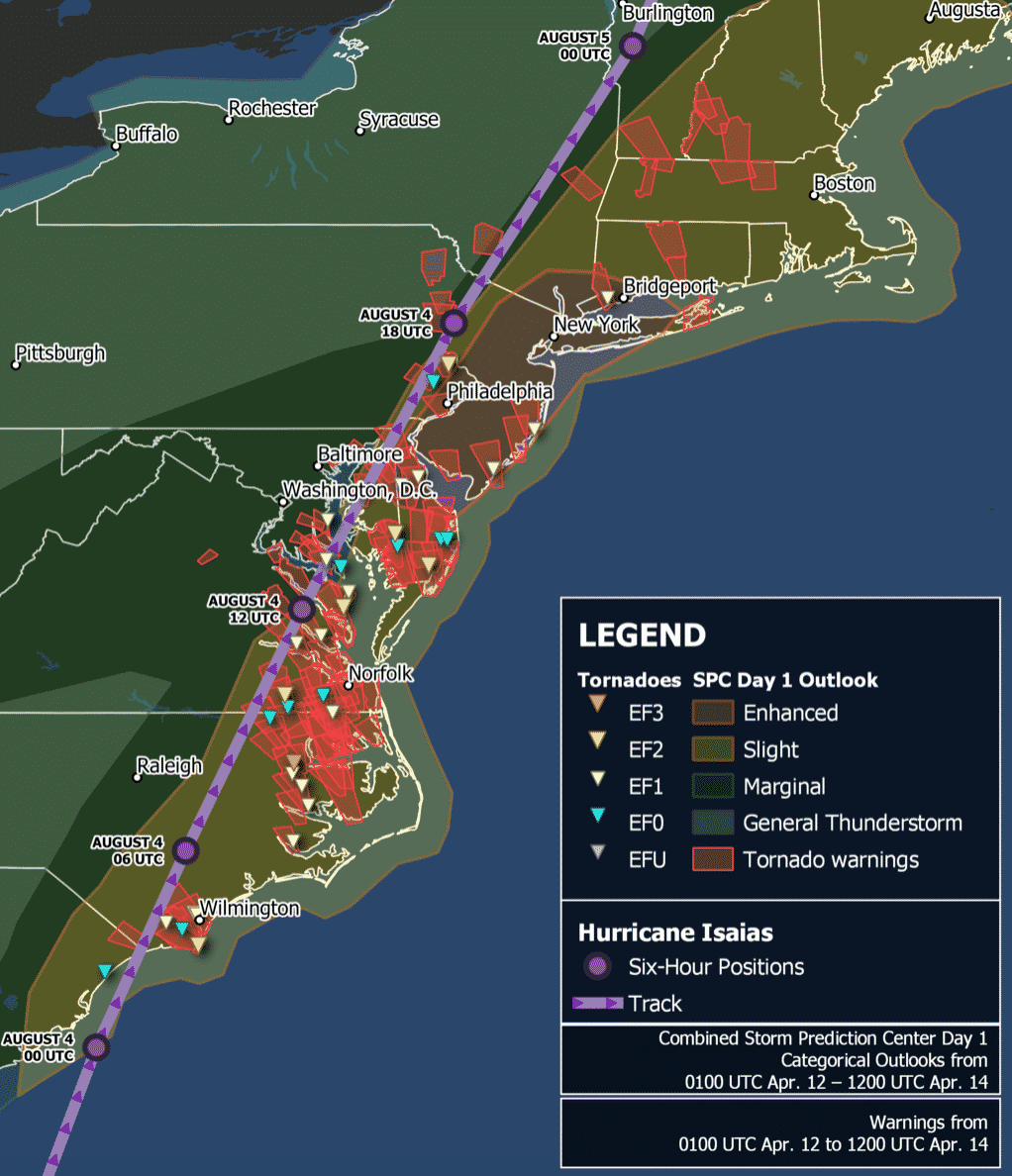 All of these damages caused more than 580 road closures around those areas. Gov. Ned Lamont from Connecticut declared a state of emergency after the hurricane-damaged everything around the Connecticut area. This status was implemented due to the power outages in the state.

During that period, our company was prepared for the repercussions of this hurricane. We also received a lot of service calls from our customers. Most of our clients called us for asking about our generator repair service. They would like to repair their broken generators, so they would be able to get access to the electricity as soon as possible.

We helped a lot of people around Connecticut and Westchester County, NY during this hurricane period. Since then, we have already been educating our customers to start investing in a generator. It can be a perfect device that can provide good backup power for any homes or offices.

Why Generator Can Be a Smart Choice for Offering Backup Power?

As a business owner, you may want to keep working during the hurricane for completing any tasks or projects you have. Therefore, you have to consider using a commercial generator that can be used to give enough power in your office space. You and all of your staff members can still work through Hurricane Isaias and any other power outage situations.

Instant backup for your commercial area

A good generator can provide instant energy backup for any commercial area. This generator is usually connected to the power supply in your office. When the power outage occurs, the generator will be turned on automatically. There’s no need for any complicated tasks for turning on and off the generator. The device will work automatically, saving a lot of your time and effort.

Doesn't rely on the power line

When you want to prepare yourself before any hurricanes attack, you can consider buying a generator for your home or office. Having a generator allows you to avoid relying on the whole of your energy needs from the power line. When a hurricane or storm comes to your area, it may damage any power lines or power poles around you. This situation will lead to the power outage around your area. When you have a generator, you can still work any of your projects smoothly without having to worry about the power outage problem.

Get Your Favorite Generator Today

Once you know all the benefits of a standby generator, you can start by calling the pros at A&J. You can trust the overall quality of our installation team because we have incredible reviews all over the internet. Reach out today!